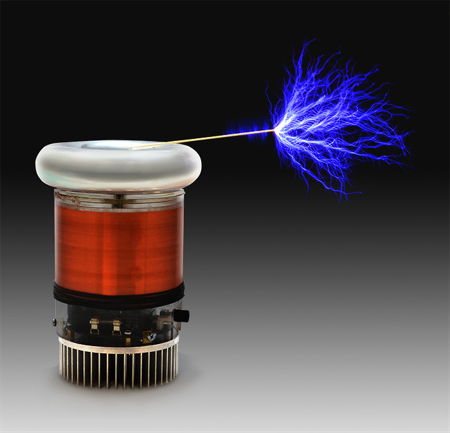 Ever wish that you could make sparks fly in a laboratory experiment, since none of it is happening in your forever alone lifestyle? Well, that is now possible with the $229.99 tinyTesla Musical Tesla Coil Kit, which is surely costly at first for the outlay, but at least you will be able to be a proud owner of a brand new Tesla coil. How many people among your circle of friends can boast of having the same? Not likely, unless everyone else has the same interests as you.

After all, the Tesla coil is nothing short of fascinating, thanks to the signature purple discharge sparks as well as plasma streamers of ionized particles. Heck, just thinking about them should be able to send a tingle down your spine, don’t you think so? With the tinyTesla Musical Tesla Coil Kit, one will be able to learn more about alternating-current electricity in a literally hands-on manner which remains easily accessible and not intimidating. If you have the skills to perform basic soldering, then it is a snap to come up with your very own Tesla coil using this kit. Not only that, the specially designed interrupter lets you control the pressure waves generated by the Tesla coil via your Windows, Mac, or Linux laptop, allowing one to make MIDI music with the tinyTesla as long as it is connected to your computer via a USB cable, now how about that? Definitely a fun toy to own which has something to do with electricity, like the WiTricity.