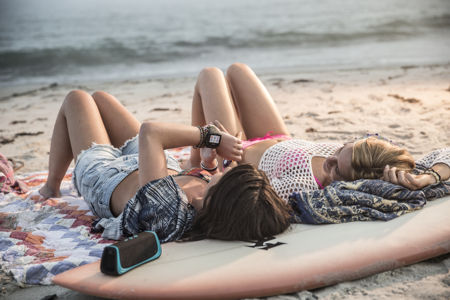 How smart can watches get in the future? Rather smart, it seems. Timex, the iconic brand that delivers fitness timepieces with a whole lot of technology jam packed inside, has just announced that they will be rolling out a new innovation that is known as the Timex Ironman One GPS+ smartwatch, where this timepiece will not only be able to help you keep up to speed concerning the current time, it is also able to work as a standalone phone – which means there is no need to have it hooked up to a smartphone as a “middleman” in order for you to make and receive not only phone calls, but text messages as well.

The Ironman One GPS+ was specially developed alongside Qualcomm and AT&T in order to make it a reality, offering consumers the freedom to remain connected regardless of whatever activity they are indulging in at that point in time, all the while keeping your other smartphone and music playback devices safe and sound elsewhere. In fact, you can more or less say that this is the perfect gadget to tote around while you would want to remain contactable, in situations where it is not suitable for a regular phone to follow you.

Expect the Timex Ironman One GPS+ to arrive with a slew of game-changing features, where among them include stand-alone wireless connectivity without a phone, email-based messaging capabilities, tracking capabilities which will communicate your location to friends and family anytime, anywhere, a custom-built “Find Me Mode” safety solution so that users can send an alert with exact location in the event of an emergency, the ability to track speed, distance and pace in real-time as well as instantaneously share performance metrics via one’s favorite social media and online fitness platforms.

Not only that, the Ironman One GPS+ was built to last, since it has water resistance capability of up to 50 meters, which is an essential feature for water exposure, letting you train in the rain as well as while you swim. Need some music to boost your performance? Fret not, there is a built-in MP3 component alongside 4GB of internal memory, while the always-on, sunlight-readable, high-resolution touch display works great under all conditions. Each $399.95 purchase will include a year’s worth of data connectivity to AT&T.