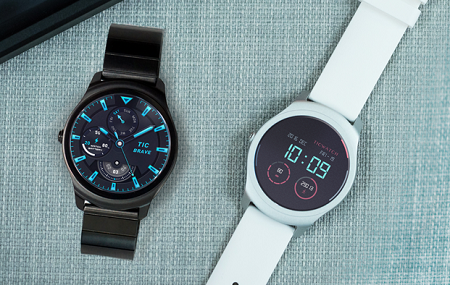 We seem to be on the very futile search to find the perfect smartwatch. New aspects and innovations keep being realized for this wearable technology, and while some products are just a rehashing of things that already exist, there are those that want to improve on the model. Smartwatches have been around long enough now that we essentially know what we would want, need, and like to have.

The Ticwatch 2 is yet another smartwatch, but they claim to be the most interactive. It has a dialer, calendar, weather report, voice search, gives notifications, controls your music, has Find My Phone, is compatible with Google Fit, Uber, Yelp, does fitness tracking, and has plenty of customization. Changing out bands for work and exercise is simple as you don’t need any tools to switch it out. Voice interaction is started by saying “Ok, Tico” and from there you should be able to call an Uber without opening the app, find a restaurant nearby, and more.

There’s touch control where certain swipes mean different actions, there’s a side strip along the outside of the clock face on the side so you can scroll, zoom, and control your volume without covering up the screen. Flipping your wrist twice will answer calls and knocking the watch twice will shuffle the songs. Putting your hand over the watch face will switch the watch to incognito mode where it just looks like a nice digital watch. It works with iPhone and Android, and will cost you $159 or more. While this is very surface level information, you’ll want to read more on their Kickstarter campaign as they’ve reached over a million in funding despite only asking for $50k.