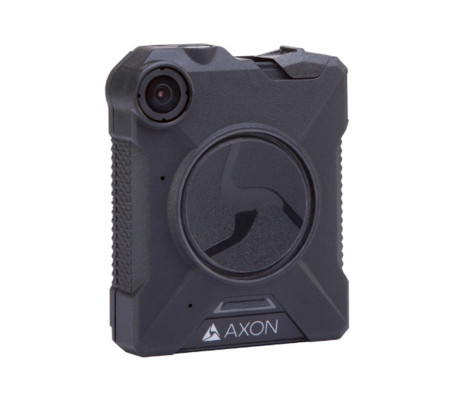 Taser is no stranger when it comes to personal protection ideas and devices, as their name has become synonymous with the self-defense device as much as Coke is to fizzy drinks, or perhaps Colgate is to toothpaste. As for photos, remember the time when Polaroid meant that? Well, the company certainly isn’t resting on its laurels, just in case you were wondering. While we have seen the Taser Axon at work here in the previous decade, the company has certainly kept itself rather busy in recent times, coming up with what it calls the Taser Axon Body 2 camera, where it will retail for $399 a pop and come with unlimited HD storage as long as you pick up the Unlimited pricing tier for $79 per month.

In other words, agencies will be able to now capture great HD video evidence without having to sweat buckets concerning the cost, with Taser anticipating the availability for shipment as well as trials in the fourth quarter of the year. The Axon Body 2 camera is part of the growing Axon platform which will connect cloud, mobile and wearable technologies in order to provide police agencies with a true end-to-end solution. Axon Body 2 will take the powerful simplicity of its predecessor to the next level thanks to a single-unit design that has been specially equipped with even greater capabilities such as unlimited HD video alongside industry-leading security enhancements.

The Axon Body 2 will boast of Retina HD video, which happens to be the industry’s best low-light video which can now do recording in HD. One a single full charge, the battery is able to deliver up to 12 hours of juice at the very least, and it has a pre-event buffer that lets it capture up to 2 minutes before an event just in case you need such footage for evidence down the road. It has Wireless Activation to boot, where the Axon Signal turns the camera on with lightbar and other sensor activation. Looks to be pretty much the complete package for the moment, don’t you think so?