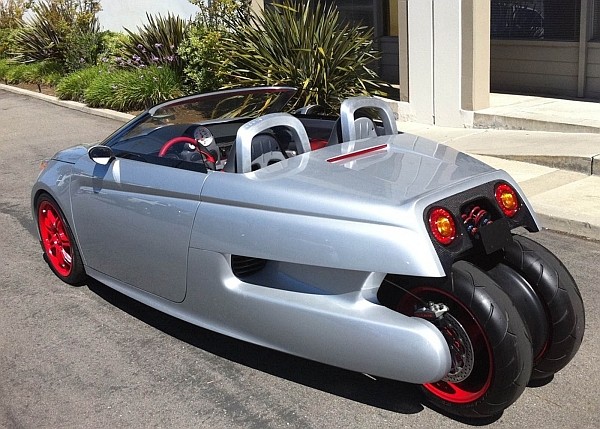 What you see here is the R3 from T3 Motion, and it is a three-wheeled vehicle that is not a car, but a motorcycle. At least, that is its classification.
The R3 is a full electric vehicle that has a range of 80 to 100 miles after a full charge, and a top speed of 70 miles per hour. You can see a video of it after the jump, but there isn’t any sound.
It has another feature that makes it very interesting, which it has a place to mount a Galaxy Tab. In all honesty, I believe that most models of cars in this decade should have something like this. Most newer cars are already iPad compatible, and if there is a place to put a tablet PC, then the tablet can be charged as well as running apps that will help you as you drive, like a GPS.
I’m sure that we all once thought that cars of the future would look like the R3. They look like smaller version of the cars seen in Steven Spielberg’s A.I. Artificial Intelligence. Whatever the case, it doesn’t look like this would be a mode of transportation for a long distance trip.
The cost of this will be about $25,000, which is pretty expensive for a two-seater motorcycle.