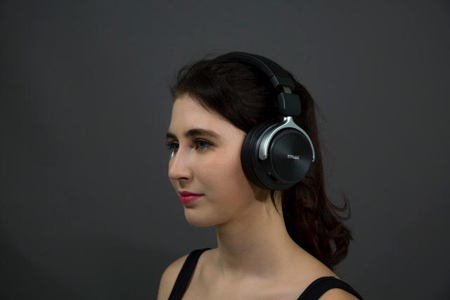 Not all wireless earphones are created equal, and Surge Club has embarked on a new adventure which should see enthusiasts add this to their wish list. Specially built for gamers, the Surge 3D will bring together a potent combination of stellar 3D sound alongside a sleek look without compromising on the comfort factor so that you can game well and long into the night without suffering from ‘ear burn’. Even if you do just a spot of gaming from time to time, the Surge 3D wireless immersive audio headphones will still work equally well for music playback and Virtual Reality (VR) titles.

Bringing the next level of 3D audio technology to the masses, the Surge 3D will boast of the latest 7.1 Surround Sound, Sound Localization, Room Emulation, and Bluetooth 5.0 wireless connectivity in a single device. This will deliver an accurate immersive 3D sound via its patented algorithm, and to sweeten the deal, there is also a detachable Uni-Directional Noise-Cancellation microphone that has been thrown into the mix so that you will be able to communicate clearly with other gamers even in a high pressure gaming situation. Adding to the overall coolness factor would be the glowing ambient RGB lighting that has been built into each earpad that looks great regardless of whether you are gaming or simply enjoying your music on the move.

Keeping in step with the latest technological developments, the Surge 3D will allow its wearer to control the volume level, playlist, RGB lights and calls simply by swiping up and down on the touchpad controls which are located on the left ear. Double tapping will pause or play a track, while swiping up and down changes the volume level. Each rotating ear cup features ultra-premium materials that deliver ultimate comfort and stylish wearability.

Interestingly enough, the Surge 3D comes with a whopping 30-hour battery life that makes it suitable for gamers who tend to game for hours on end. Expect the Surge 3D to retail for as low as $69 (it carries a recommended retail price of $239) when its Indiegogo campaign launches today.