We all know about superheroes and how they have abilities that we’d love to own, although as at this point of time, it is still physically impossible for homo sapiens to be anything more than…human. There is no homo superior in sight, and none of us will be able to read another person’s mind anytime soon, while being exposed to gamma radiation will probably send us six feet under before we even end up being mean and green, wearing torn purple pants as a fashion statement. Take a look at all our astronauts – the spacesuits they wear must be pretty effective to keep those nasty cosmic rays out that resulted in the creation of Fantastic Four. As envious as we all might be of these superheroes found in the fictional world, does that mean they have no use for today’s gadgets? I’ve taken some time out from elaborating further on selected gizmos for the moment and concentrate on what superheroes will find useful in gadgets of today despite their apparent superiority over us regular Joes. Head on after the jump to know more. The last part is slightly NSFW, so you might want to be a bit careful with that.

Professor X and the Emotiv Headset
Sure, Chuck might be one of the more powerful telepaths out there in the universe, but that doesn’t mean he can’t engage in some hard hitting PC gaming from time to time. After all, running a school full of misfits can be quite stressful, what more where his students boast some rather unusual abilities. The Emotive headset relies on reading electrical activity generated by the brain to control the character on a screen, and we hope the device is hardy enough to withstand those supercharged thoughts from Professor X. There’s one major drawback to this though – if I had a Danger Room to play around with, I’d much prefer that over some pansy Emotiv headset, as you won’t get any Playboy Mansion program running on the latter while the former has that and any Playmate of my choice. 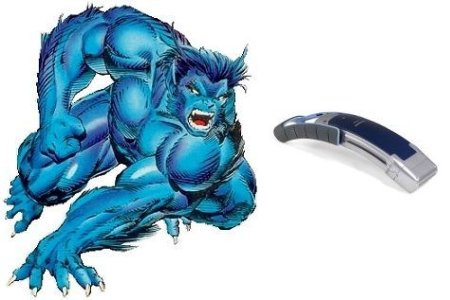 The Beast and the Men’s Extended Reach Body Hair Groomer
The classic blue Beast, or rather, Dr. Hank McCoy, could make do with the Men’s Extended Reach Body Hair Groomer. The 3″ extension will come in handy if Hank wants to go bald all over, although we don’t know just how fast his above average regenerative qualities will see all that hair growing back in double quick time. Hank will need to be nimble though, as this device uses an 8-hour charge to be fully juiced up only to offer a rather poor return of 28 minutes’ of action. We suggest Hank get a lawnmower instead. 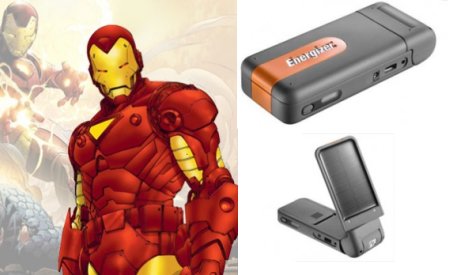 Iron Man and the Energizer Solar Battery Charger
Tony Stark ought to be smart enough to make his Iron Man suit powered by some sort of mini nuclear reactor, but what if Murphy’s Law kicks in and all he can rely on is the sun? Certainly he won’t go wrong with the Energizer Solar Battery Charger, although Mr. Stark himself will need to make some much needed modification to this device in order for it to pick up enough power to juice his entire suit that is dangerously low on power. We would like to think that this exoskeleton has been infused with nigh indestructible, highly efficient solar panels, but that’s a pipe dream at this point in time. Something to look forward to in the future. 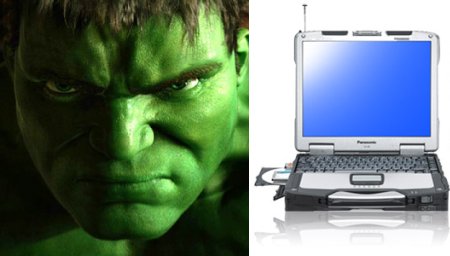 Incredible Hulk and the Panasonic Toughbook
It can be a pretty tough day for Dr. Bruce Banner when he’s in the laboratory, and having the strength of the Savage Hulk certainly won’t do if he acts out his human emotion by slamming hard on the table, or worse, his notebook. While nary a single notebook out in the market is able to withstand the Hulk’s anger, it is only logical for us to select the latest Panasonic Toughbook as that’s just about the toughest notebook out there in the market. If the chassis does not survive, perhaps, just perhaps, data on the hard drive or solid state drive might. Don’t mess with the good green doctor, that’s about the best advice we can give. 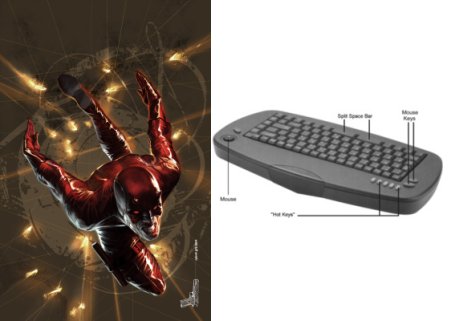 Daredevil and the Braille Keyboard
Matt Murdock might be a masked hero at night, ridding Hell’s Kitchen of scum with ease, but place him in front of a regular keyboard for the first time in his life and watch him fumble as his superhuman abilities fail him. Others might argue that his sense of touch allows him to “feel” which character is printed, but why not let him work on something more familiar like the Braille Keyboard? After all, that makes so much more sense. I’m starting to wonder just how many cases Matt Murdock solves each month – he seems to be living the life of Daredevil much more often that that of a brilliant lawyer, which leaves me scratching my head on how he manages to pay off his bills each month.

Kratos and the Double Erection Keeper
Imagine being able to do the bidding of deities, taking down hordes of evil creatures and enemies all by yourself, slaughtering them without a shred of fear within, only to fail miserably while doing the horizontal hokey-pokey with a couple of hot chicks? That’s Kratos for you – the God of War who seems to act like a groping teen at his first attempt. The Double Erection Keeper ensures he is able to last a whole lot longer, after all, having saved beauties from certain death and not being able to satisfy them shortly afterwards? It is a real shame, perhaps Aphrodite should have given Kratos a pointer or two so that he doesn’t have to resort to using such a gizmo.

These are only half a dozen examples, and there are many others running through my head. I’m pretty sure you’ll be able to contribute a fair bit of hilarious ones including Wolverine being a really poor spokesperson for Band Aid or Cyclops and his pair of Oakley Thump MP3 sunglasses. Hope this post lifts up a fair bit of your Monday blues amidst more news of economic woes and a general downward spiral all across the globe.