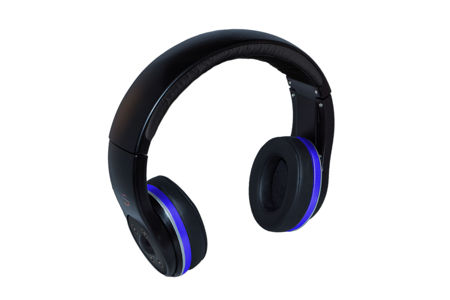 Not all headphones are created equal, and the very idea of STREAMZ happens to be an extremely audacious one. I am referring to this breakthrough smart headphones which intends to kiss goodbye to the likes of toting around a separate music player, as the STREAMZ smart headphones will be able to make use of a built-in WiFi and Bluetooth Android Music Player, and it has just seen its Kickstarter campaign launch this week.

Anytime from now until May 1, backers will be able to place a pre-order for their STREAMZ that will come with up to 36GBs of built-in storage, a 48kHZ/16 bit Digital Analog Converter (DAC), and a microphone that supports Google Voice activated commands including the ability to search for music, skip tracks to the desired one, volume control, a selection of locally stored music or online music services such as Pandora or Spotify, and a slew of other functions that you never thought were possible before. Not only that, there will also be an Android App developer’s kit that is also available in a Kickstarter bundle so that more software developers will be encouraged to think up of unique new Apps for STREAMZ.

While majority of the smartphones and mobile music players out there do feature sub-par DACs and amplifiers, subjecting listeners to compromise on sound quality for convenience, the STREAMZ certainly looks in the opposite direction, letting music lovers enjoy pure, uncompressed high fidelity audio regardless of where they are with a headset that features a built-in music player, storage, DAC, amp, Bluetooth and WiFi. STREAMZ also happens to be the first headphone of its kind that can store and autonomously play 44 kHz/16 bit CD quality music in formats including FLAC, ALAC, WAV and music from the soon to be released PONO music store.

Pre-orders for STREAMZ will start from $299, which is a $200 discount from the expected recommended retail price for the 4GB model, although there will be 24GB and 36GB models that retail for $349 and $549, respectively, both saving you three Benjamins from the expected MSRP.