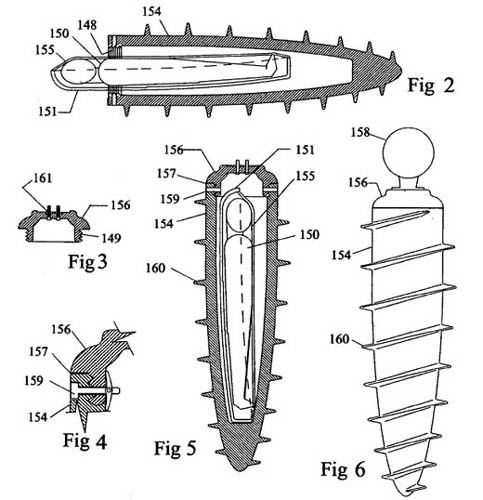 Oddly I’ve had a debate in my own mind as to what I’d want done with my remains when I die.  I have the tendency to worry that cemeteries are going to end up taking up far too much space at some point and something will have to be done.  After all, people take up about 6 feet of space, which is fine, but that adds up.  In small towns it’s not a big deal, but in cities it makes you wonder if they’ll ever have to be dug up and moved elsewhere.  That situation may take longer to come around if everyone started using these self screwing coffins.

The coffin was made to cut down on labor and the amount of space the person takes up.  A small coffin is pushed inside of the screw, then it’s just basically drilled into the earth.  It’s purely a concept design by Donald Scruggs who was awarded a handy little patent for this design.  Hopefully the design has a way that makes it difficult for random people to screw the body back out of the earth again.  The design is a little bizarre, but it’s a happy medium between being cremated and getting a traditional burial.  Plus, perhaps somehow the top of the screw could double as a headstone.