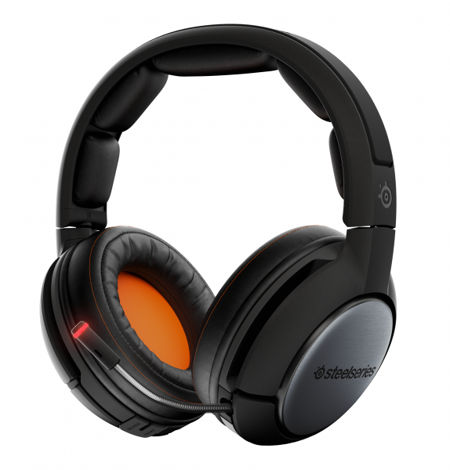 When it comes to computer peripherals, there is one particular name that many people are familiar with, and that would be SteelSeries. After all, they have come up with their fair share of keyboards and mice in the past that were sure to have impressed, and this time around, SteelSeries have announced the availability of the Siberia 840. The SteelSeries Siberia 840 is the latest wireless headset that will boast of Bluetooth connectivity to help you get “connected” sans wires, and also caters to the gaming industry.

For starters, the Siberia 840 will merge the very same heralded features that were found in the Siberia 800, and this will include a couple of swappable batteries in order to make sure that you get to enjoy non-stop performance, cross-platform compatibility for universal use, and Dolby 7.1 surround sound technology for total immersion. Of course, having all of that is fine and dandy, but is there more to it? Apparently so, as the new elements will include the likes of the aforementioned Bluetooth connectivity and software customization.

SteelSeries’ Siberia 840 tout to deliver a lag-free wireless gaming experience thanks to a special kind of technology that continuously hops between frequencies, which will help it avoid interference and delay. Your ears will also be able to enjoy exceptionally immersive and crisp 7.1 surround sound thanks to the trio of various Dolby technologies which maximize performance — the Dolby Headphone, Dolby Digital and Dolby Pro Logic IIx.

The Siberia 840 will play nice with all major gaming consoles and computer operating systems, making it the ideal headset when it comes to gaming, music streaming and voice calls and chat. Users will gain full control, accessibility and visibility from anywhere in the room, as the Siberia 840 will be equipped with an OLED Transmitter that helps to visually monitor all audio, wireless, configuration and system settings, including audio sources, profiles, and battery life, among others. The Siberia 840 is not going to come cheap though with an asking price of $329.99 a pop.