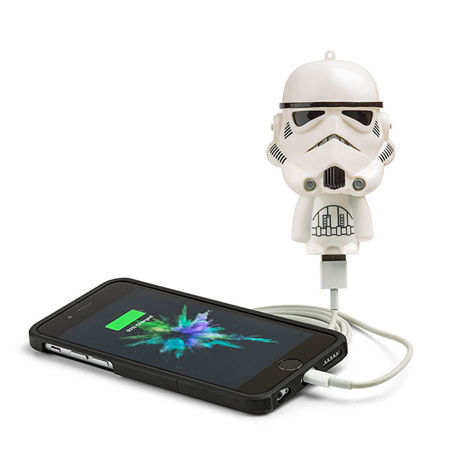 The Stormtrooper can be said to be an afterthought in the Galactic Empire, who seemingly cannot seem to aim at a single rebel scum with their blasters, while getting picked off all too easily by opposing forces. It makes us wonder how did such cannon fodder end up being the main enforcers of the Emperor across the galaxy? That is another story for a different time, but for now, they are useful for something – that is, to juice up your power-hungry mobile devices such as a smartphone with the $9.99 Star Wars Mighty Minis Stormtrooper.

Specially invented at ThinkGeek and being an officially licensed piece of Star Wars merchandise, the Star Wars Mighty Minis Stormtrooper is guaranteed to be a hit – even if they are not on target with their blasters all the time. Relying on standard AA batteries to get the job done by offering up to 3 hours of additional use, you never need to worry about not finishing that conversation ever again. After all, AA batteries are virtually universal, which means you will be able to get them regardless of where you are on earth. Perfect for the discerning traveler, of course.