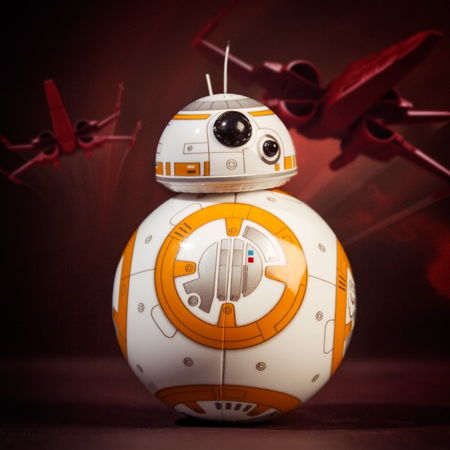 If there was one particular droid that certainly captured the imagination of many throughout the first two Star Wars trilogies, it would be the dynamic duo of R2-D2 and C3PO. The thing is, the former is a whole lot more useful than the latter, as good ol’ Artoo always managed to get out of a tight spot, not to mention has helped in his own way to overthrow the evil Emperor, too, being a vital cog in the Rebellion’s machinery. Well, it looks like R2-D2 is going to have a decent fight at least in terms of popularity with the BB-8 droid that popped up during the Star Wars Episode VII trailer, rolling along the desert dunes. The £129.99 Sphero BB-8 might very well be the droid that you have been waiting for.

In fact, the Sphero BB-8 is more than a toy, as it can be your companion. This is an app-enabled droid (much like the other Sphero offerings of yore) that shows off a revolutionary range of expressions, and you will also be able to guide BB-8’s authentic movements with your tablet, smartphone or voice. Not only that, you will also be able to come up with and view virtual holographic videos, now how about that? The BB-8 also has a mind of its own, so if you spend enough time with it, you will be able to check out just how his personality evolves.