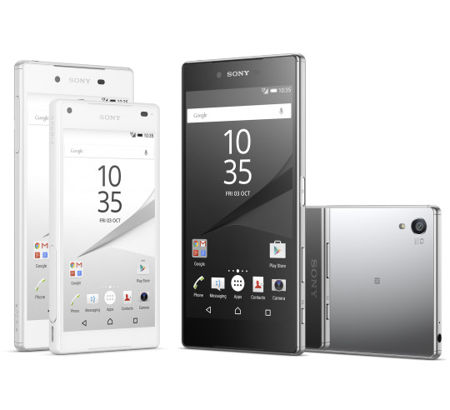 I have always been a huge fan when it comes to Sony’s smartphones, but somehow or rather, the company has not met with the kind of runaway success like the Galaxy S series from Samsung or the iPhone from Apple. Still, I am fond of Sony’s Xperia Z series, which have been water-resistant for quite some time now, and it is nice to see how Sony has not shirked away from the high competitive smartphone industry by revealing their latest device, the Sony Xperia Z5 Premium, which also carries the distinction of being the world’s first 4K smartphone. Now, that is certainly something, isn’t it?

The Sony Xperia Z5 Premium is a multimedia powerhouse as expected, where it will make use of Sony’s brand new large 1/2.3 Exmor RS for mobile 23MP sensor and F2.0 G Lens. Not only that, it has also been designed with Sony’s interchangeable lens camera α technology, delivering a clear and vivid image every single time. It touts the fastest autofocus in a smartphone, offering a ground-breaking speed of just 0.037 seconds.

You can also revel in the use of frosted glass finishing at the rear as well as a subtly etched Xperia logo side engraving, not to mention capless USB for quick efficient connection and charging. At the side lies a new integrated fingerprint sensor power button, allowing each device to be personal, where it is also protected and easily unlockable thanks to a simple pick up and press in one natural movement. The FIDO standard is also supported, where authentication is made via fingerprint for online payment services.

As for the main feature of the Xperia Z5 Premium, the sharp, vivid 5.5” 4K TRILUMINOS Display for mobile and IPS is one for the ages, as you can upscale your favourite content to 4K, while viewing the likes of Netflix, YouTube or your holiday photos in rich, vibrant 4K detail. A Snapdragon 810 processor will keep it running along nice and fine, while a high capacity 3,430mAh battery can let you run the Xperia Z5 Premium for up to two days, sporting quick charge capability. 32GB of internal memory is complemented by a microSD memory card slot just in case you need the extra space for those 4K videos.

There is no word on pricing as at press time, but the Sony Xperia Z5 Premium will roll out this November in single and dual SIM variants.