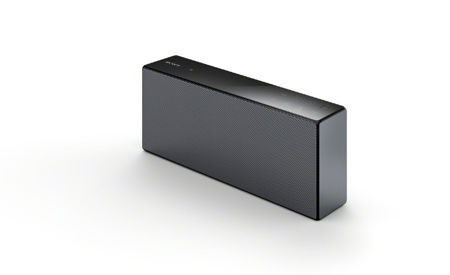 Sony is a consumer electronics juggernaut that you know for sure have the capability as well as technology to roll out some really, really cool stuff. Their Aibo robotic dog was cool – and still would be even today, assuming they continue to update and refresh it from time to time, and so are their waterproof range of Xperia handsets. As for the speaker department, it is not as though Sony has no experience at all, as they have recently introduced the Sony Smart Bluetooth speaker. Well, Sony Electronics has just announced not one, but a trio of new premium wireless speakers, namely the SRS-X77, SRS-X88 and SRS-X99.

Similar to the Sony HT-ST9 and HT-NT3 sound bars and the Sony STR-DN1060 and STR-DN860 A/V receivers, all three of these wireless speakers will come with Google Cast as well as Spotify Connect, in addition to multi-room capability thanks to the Song Pal app. The SRS-X88 and SRS-X99 speakers will also sport Hi-Res audio capability that – pardon the pun, will be music to your ears.

First of all, the SRS-X99 will come with truly immersive sound thanks to 154 Watts and seven speakers, where there will be a pair of super tweeters, a pair of front tweeters, two mid-range drivers and a single subwoofer. The two Super Tweeters are able to extend clarity at the higher frequencies, resulting in a wide soundstage ideal for Hi-Resolution listening. A Subwoofer and dual passive radiators will also round out the mix that delivers precise and powerful low end, while S-Master HX digital amplification circuitry which has been specially tuned for Hi-Resolution music files, will add faithful wide-frequency audio reproduction.

As for the SRS-X88, it will boast of 90 Watts and five speakers: where there be two front tweeters, two mid-range drivers and a single subwoofer. All five speakers can deliver clear sound with minimal distortion, whereas the two super tweeters extend clarity at the highest frequencies.

Last but not least, the SRS-X77 (as you can see above) will feature incredibly vibrant sound, courtesy of Sony technologies such as DSEE and S-Master, so that music lovers can make the most of their favorite tunes on-the-go or at home. It will boast of 40 Watts, which means your ears will enjoy rich, full and powerful sound, while the built-in subwoofer and dual passive radiators provide extended bass response. The SRS-X77, SRS-X88 and SRS-X99 will retail for $299.99, $399.99 and $699.99, respectively, where they will hit retail stores at the end of this month.