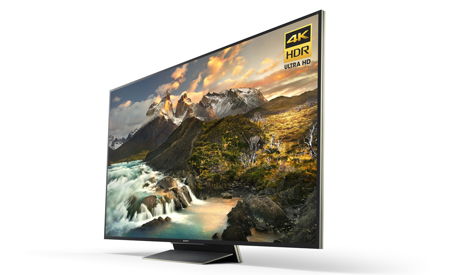 Do you think that it is time for your living room to obtain a new TV for your home entertainment purposes? If you have answered in the affirmative, then you might want to check out Sony Electronics’ latest release in the form of the Z series. The Sony Z series is touted to be the next generation in television display technology, where it boasts of the ability to reproduce the deeper blacks, brighter lights, and vibrant colors of the real world.

The new flagship Z series will be the high end models, being even above Sony’s existing X series line-up of premium 4K HDR Ultra HD TVs, which includes the award winning X930D and X940D. Why the “Z” moniker? It is meant to signify a significant leap forward and the ultimate in display technology. You can be sure that each Z series TV will see Sony bring the likes of 4K High Dynamic Range (HDR) to a new level with ultra-contrast and even more realistic, accurate color, so that your eyes will be able to revel in the kind of content that creators truly intended.

The new Z series will make use of the Backlight Master Drive technology that Sony introduced as a prototype at CES 2016 earlier this year. The Backlight Master Drive happens to be precision backlight boosting technology, where it expands brightness and contrast so that it can offer the full combined potential of 4K HDR. Not only that, contrast is further enhanced via the Backlight Master Drive that boasts of a dense LED structure with a super accurate lighting algorithm, discrete lighting control, and a unique optical design with a calibrated beam LED, resulting in unprecedented dynamic range with incredibly deep blacks and dazzling lights for more realistic scenes than ever before.