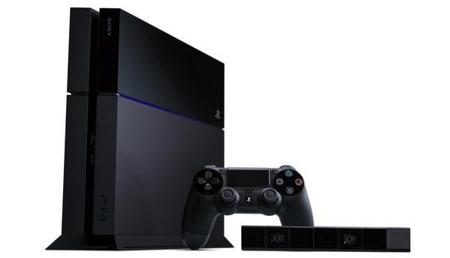 It looks like the world of next generation gaming is about to take off pretty soon – at the end of this year actually, where the two behemoths of Sony and Microsoft have showed their respective hands at the recently concluded E3 2013 in Los Angeles, California. Microsoft has their Xbox One, while Sony’s latest release is a logical progression from where the PS3 left off, where the upcoming console would obviously continue with the PlayStation line, and they have dubbed it the PS4. The Sony PS4 would also be known as the CUH-1000A series, where it will initially arrive in a jet black color, and will be out later this holiday season. Folks living in the USA will be able to get one for $399, while those in Canada, Europe and the UK will have to pay the equivalent numerical figure, except in their local currencies.

The new PS4 boasts of a totally new look, where its internal design architecture has been trimmed down drastically, ranging from the optical drive to the power supply unit as well as cooling mechanism, in an effort to ensure that the body remains as slim and light as possible, all the while helping to enhance the flexibility of the design in a dramatic fashion.

With its simple and yet modern design that has been accentuated by its linear flat form factors, the PS4’s body willbe subdivided into four different sections, as though there were four blocks which have been stacked together in order to make up a single figure, complete with a disc slot, buttons, power indicator and vent that has been placed within the slim interspace which was created between the sections. There will be the usual slew of PS4 peripherals to choose from as well, where they include the stand-alone Wireless Controller for PlayStation 4 (DUALSHOCK 4) and PlayStation Camera, and either one will arrive in jet black at $59 a pop. Any takers for the new Sony PS4?