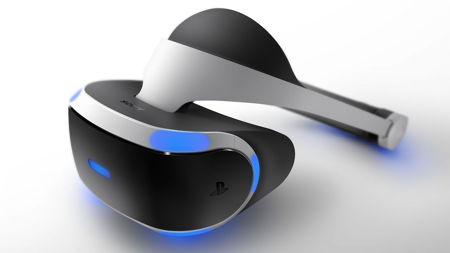 Virtual Reality (VR) gaming is certainly catching on – just take a look at Oculus Rift as well as Samsung’s Gear VR, not to mention HTC’s Vive. Well, there are also other different hardware manufacturers who do not mind riding on the virtual reality gaming wave, and Sony is one of them. And why not? After all, Sony has long been in the gaming scene with its breakthrough console, the Sony PlayStation. Now already in its fourth iteration, it is nice to hear that Sony has just announced the pricing details of its PlayStation VR.

The PlayStation VR has been described to be a virtual reality system which will be able to take the PlayStation 4 system to the next level of immersion, and it will be launched this coming October – which means that there is still plenty of time left for you to save up dough in order to pick up the PlayStation VR by the time it arrives. The release markets will include Japan, North America, Europe and Asia, where these markets will carry the manufacturer’s suggested retail price of 44,980 yen, $399 USD, €399 and £349. No prizes for guessing just which particular region would be the cheapest to purchase from!

Andrew House, President and Global CEO of Sony Computer Entertainment Inc. , shared, “Ever since we unveiled PS VR during the 2014 Game Developers Conference, we’ve received a tremendous response from gamers and developers alike. To make sure that we are able to prepare and deliver enough units of PS VR and a wide variety of software titles to consumers worldwide, we have decided to launch PS VR in October 2016. For those who are looking forward to its launch, we would like to thank everyone for their patience and continued support. We are beyond excited to deliver to consumers the amazing experience that PS VR offers.”

With over 230 developers and publishers working on PS VR software titles, you can be sure that the PlayStation VR has plenty of potential right from the get go.