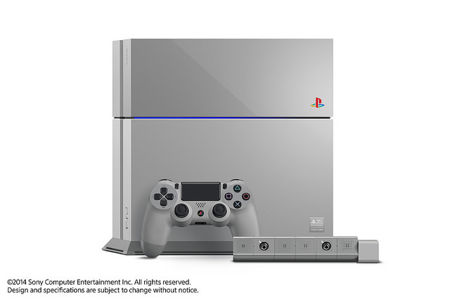 The Sony PlayStation certainly has a colorful history, taking into consideration that Sony more or less “stumbled” into the console market by accident – or at least the circumstances surrounding the company actually led to the release of the PlayStation that subsequently took the world by storm, so much so that its sequels, the PS2, PS3, and now, PS4 have gone on to grow from strength to strength, always presenting the best possible technology at the time of its release. I still remember how the Sony PlayStation delivered Final Fantasy VII – across multiple discs, to boot, and never mind the long load times, it was worth every single second. With 20 years passing by since the launch of the original PlayStation, where it was first introduced to Japan on December 3rd, 1994, Sony has decided to celebrate two decades of the PlayStation in existence by introducing the special 20th Anniversary Edition PS4.

As you can more or less tell by its name already, the 20th Anniversary Edition PS4 will come in the classic PlayStation shade of grey – and the same applies to the controller, too. It will definitely help you roll back the years and think of all the great moments that you have spent with the PlayStation all those years ago, although the 20th Anniversary Edition PS4 will sport cutting edge technology that has made it such a best seller across multiple markets today where consoles are concerned.

If you happen to live in the US and would like to place a preorder for the 20th Anniversary Edition PS4, then you might want to hurry up since it will be available in very limited supply. Preorders will kick off this Saturday, December 6th. As for the pricing details, we do not know of it just yet, but I suppose all will be revealed later this morning.