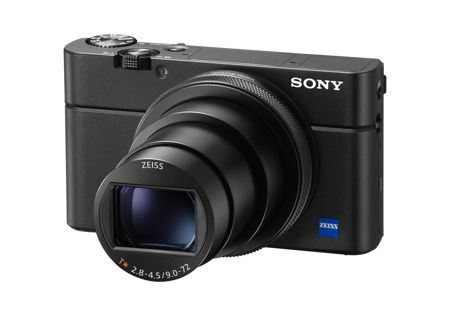 When it comes to compact digital cameras, not too many people happen to own one of these today for the simple fact that the smartphone’s camera is so advanced and way more convenient to carry around. In addition, system cameras like the Micro Four Thirds range offers superior performance at a somewhat similar size, making those the far more attractive alternative if a shutterbug would want to tote around an actual shooter. Sony continues to fly the flag with the Cybershot RX100 VI that carries the model number DSC-RX100M6.

This is an innovative compact digital camera, being the first among all of the RX100 models that boasts of a high magnification zoom lens, sporting the impressive ZEISS Vario-Sonnar T 24-200mm F2.8 – F4.5 lens without having to sacrifice on its pocket-size portability, fast responsiveness and high image quality that has long become the signature of the RX100 family. With an extensive zoom that allows you to capture images from afar while maintaining a high image quality, there is a great degree of versatility when it boils down to shooting daily life, cityscapes, portraiture, sports, wildlife and just about everything in between.

The 20.1 MP 1.0-type stacked Exmor RS CMOS image sensor that works alongside a DRAM chip and an upgraded BIONZ X image processing system with a front-end LSI will help to maximize processing speed while optimizing image quality regardless of the shooting environment. Not only that, the RX100 VI will feature an incredibly efficient Fast Hybrid AF system with 315-point phase-detection AF points on the sensor, enabling it to acquire focus in a mere 0.03 seconds, making it the world’s fastest AF acquisition time when it comes to 1.0-type sensor cameras. Want to shoot video? Sure thing, as it does so at up to 24 fps at full resolution with continuous AF/AE tracking, in addition to producing beautiful 4K video with full pixel readout minus any pixel binning.

The Sony Cybershot RX100 VI compact camera is not going to come cheap though, as it ships in July with an accompanying price tag of $1,200 a pop.