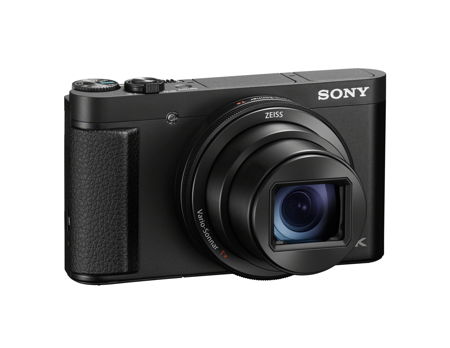 Dedicated digital cameras are a dying breed, which is why when Sony announced the Cyber-shot HX99, it certainly raised some eyebrows in the industry. What makes the Cyber-shot HX99 different from all of the other digital cameras that Sony has rolled out in the past? For starters, this particular shooter is a brand new travel zoom camera that boasts of an extreme zoom range of 24-720mm, crammed into what Sony claims to be the smallest camera body of its kind. In other words, you get great zooming performance in a very portable form factor, something that travelers will definitely love.

The Cyber-shot HX99 will be the perfect companion to any travel enthusiast or weekend photographer, although there might be others who would scoff at it and swear by the effectiveness of a regular smartphone camera. Well, none of the flagship smartphones are able to sport the extensive functionality of the HX99 which includes the ZEISS Vario-Sonnar T 24-720mm High Magnification Zoom lens, 4K movie shooting support, a powerful BIONZ X image processing engine with a front-end LSI, extremely fast AF, Eye AF, and 10 fps shooting, among others.

The new ZEISS Vario-Sonnar T lens is extremely versatile as it boasts of Optical SteadyShot image stabilization that effectively minimizes the camera shake and blur, something that is rather common when it comes to handheld and telephoto shooting. In addition, the HX99 will also arrive equipped with a Zoom Assist function so that the user is able to zoom in more accurately while shooting far away subjects through a quick, temporary zoom-out display that will showcase a wider area.

Indulging in still photography is also not an issue with the Cyber-shot HX99 since it is able to acquire focus in as little as 0.09 seconds, while shooting continuously at up to 10 fps for up to 155 shots. Eye AF technology will lock focus onto a subject’s eye, delivering compelling portrait and fast-action photography.

All in all, the Cyber-shot HX99 from Sony is well worth every penny with an asking price of $449.99 as it is slated for an early November release, bringing yet more innovation to the Cyber-shot range.