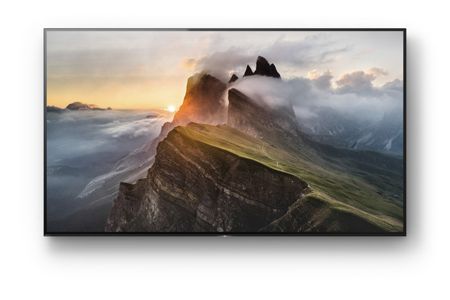 Are you on the lookout for a brand new TV? If you have answered in the affirmative, then you would be pleased to know that Sony has announced its brand new range of Sony BRAVIA OLED 4K HDR TV collection — alongside its pricing and availability, of course. This would be Sony’s first large consumer OLED TVs, where they boast of unparalleled black levels alongside contrast, a brand new Acoustic Surface sound technology, all packed into a unique design.

The BRAVIA OLED 4K HDR TV will be made available in stores from the beginning of next month onwards, and are already on display at retail stores — especially at Sony Square NYC, which happens to be a showplace for the latest when it comes to Sony entertainment and technology based in New York. The XBR-A1E will come with a unique combination of the superior picture quality of OLED that is powered by Sony’s 4K HDR Processor X1 Extreme.

It will be accompanied by the world’s first Acoustic Surface sound system, as well as an edge-to-edge stand-less form factor. Your eyes will be treated to more than 8 million self-illuminating pixels, enabling the BRAVIA OLED 4K HDR TV range to deliver a significantly enriched visual experience alongside unprecedented black levels, rich and lifelike color, dynamic contrast, blur-less image and a wide viewing angle. With the 4K HDR Processor X1 Extreme running at its heart, it can further extend the capability of OLED in order to deliver an exquisite 4K HDR picture.