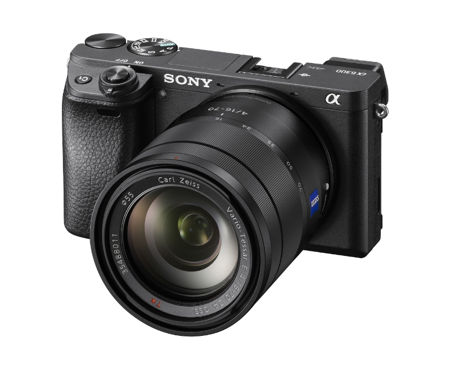 The days of mirrorless cameras are here to stay, that is for sure. After all, they do a fantastic job of capturing great looking photos without being big and bulky like those DSLRs. Among the several notable names of mirrorless cameras, Sony is one of them, and their latest α6300 mirrorless camera will boast of an unrivaled 4D FOCUS system which is able to lock focus on a subject – taking as little as 0.05 seconds to do so, too, making it the world’s fastest AF acquisition time. What else is there underneath the hood? Let us check it out after the jump.

For starters, the α6300 mirrorless camera will sport of an incredible 425 phase detection AF points that are densely positioned over the entire image area, making it the world’s highest number of AF points on any interchangeable lens camera, as well as the ability to shoot images at up to 11 frames per second with continuous autofocus and exposure tracking. Not only that, it is able to support full live-view continuous shooting on the Tru-finder or LCD screen at up to 8 frames per second, which ultimately results in a real-time shooting experience that merges all the benefits of an electronic viewfinder with the immediacy of a through-the-lens optical viewfinder.

One will also find a newly developed 24.2 MP APS-C sized Exmor CMOS sensor that plays nice with a BIONZ X image processing engine, resulting in outstanding image quality throughout the entire ISO sensitivity range ISO 100 – 51200. Apart from that, it is also able to shoot and record high resolution 4K video with full pixel readout without any pixel binning in the popular Super 35mm format.

There will also be other professional caliber video features such as the ability to record Full HD at 120 fps at 100 Mbps, which proves itself to beanother first for α interchangeable lens cameras with APS-C sized sensors. Connectivity options include Wi-Fi and NFC, as well as Sony’s PlayMemories Mobile app that runs on Android and iOS platforms. Expect the Sony α6300 interchangeable lens camera to retail for $1,000 thereabouts this March for the body alone, or around $1,150 when it comes with a 16-50mm F3.5 – F5.6 kit lens (model SELP1650).