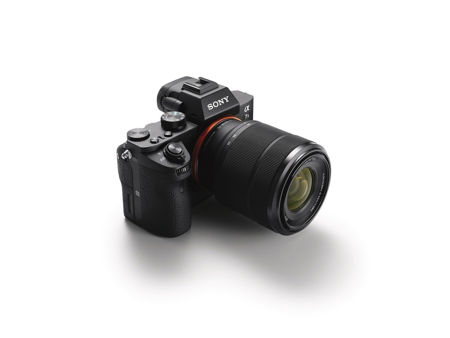 When it comes to digital cameras, there are dime a dozen different models to choose from. However, if you are in the market for a full frame camera and have not quite yet made up your mind on which particular model to choose from, perhaps the latest Sony α7II might be able to help you cement your mind? The Sony α7II is a new mirrorless interchangeable lens camera that is also the world’s first full-frame camera which will boast of 5-axis image stabilization, enabling it to compensate for camera movement in five different directions so that it can produce extremely sharp handheld images.

What else does the Sony α7II pack underneath the hood? For starters, it will boast of a 24.3 effective megapixel 35mm full-frame sensor and will add 30% faster AF responsiveness, enriched video shooting capabilities, and redesigned ergonomics, among others. The innovative 5-axis image stabilization is capable of detecting and correcting camera shake along five axes during shooting, including angular shake (pitch and yaw) which more often than not, rears its ugly head with a telephoto lens, shift shake (X and Y axes) that ends up as noticeable as magnification increases, while rotational shake (roll) often affects shots at night or when recording video.

There will also be a 117-point focal plane phase detection AF sensor with 25 contrast detection AF points, and AF and now automatic exposure (AE) will be part of the deal as it tracks subjects during high-speed continuous shooting at up to 5 fps. Definitely a far cry from the earlier models like the Sony a850, right?