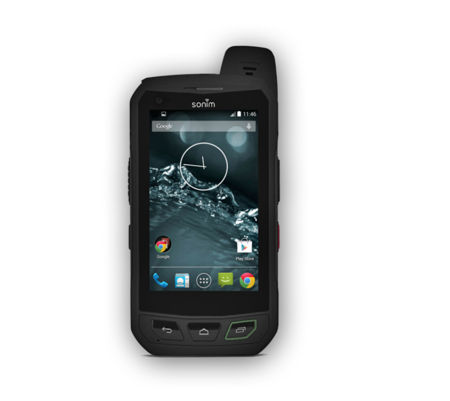 Crowdfunding has more often than not been a novel idea when it comes to getting a bunch of like minded people to be able to help see a vision through. Having said that, it is not too often that we see smartphones being crowdfunded, but as in life, there are always exceptions to the rule. Case in point, Sonim Technologies with their Limited Edition Sonim XP7 Extreme Android smartphone that has appeared on crowdfunding site Indiegogo. The Sonim XP7 will target active sports enthusiasts who are on the lookout for a smartphone that is capable of meeting their demanding lifestyle, and is also able to withstand the most rigorous conditions which one can encounter.

Sonim has already made a name for themselves when it comes to developing the toughest mobile phones in the market, as it has seen action by folks who tend to work in extreme environments. The start of this Indiegogo campaign would see Sonim end up as the first established Android handset manufacturer to do so, without going through the traditional, established route.

The Sonim XP7 Extreme is so tough, it surpasses standard rugged-use certifications and has been tested against Sonim’s very own rigorous Rugged Performance Standards (RPS). The XP7 Extreme’s unique design is capable of protecting devices from the challenges faced by participants of extreme and rough outdoor sports, and it is also shock-resistant so that it can meet even the toughest military-grade certifications. Not only that, it has been specially constructed to be both submersible in water as well as drop resistant, meeting IP68 and IP69 standards.

Heck, if you think that you know pressure at your work, the Sonim XP7 Extreme goes the extra mile, since it can withstand the crushing force of a ton of metric pressure. Other features include an extra loud 103dB front-facing speaker and noise-cancelling microphone, an extra-long-life battery that offers up to 1,000 hours of standby time and 40 hours of talk time, in addition to a three-year, comprehensive warranty for damage.