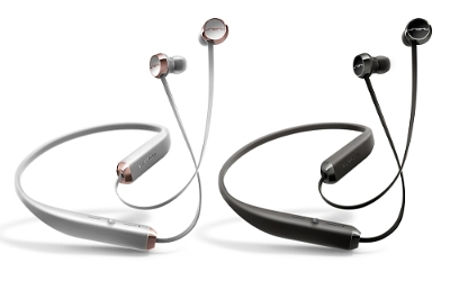 SOL Republic is no stranger to the world of earphones, and they have had their fair share of earphones in the past that certainly made their mark. Good thing the company is not one that rests on its laurels, which is why SOL Republic has formed a partnership with Tiger Woods, where a special edition of the Shadow Wireless earphones have been developed. This special edition pair will be similar to the original Shadow as you can see above, except that the Tiger Woods version will boast of a NASA-inspired biomorphic design, in addition to incredible sound and a fashion-forward look for music fans.

The reason behind this partnership with Tiger Woods, resulting in a red and black version, is to commemorate Tiger’s tradition of wearing red on Sundays. It will launch exclusively at Best Buy stores and on BestBuy.com, where this particular edition will also comprise of a carrying case.

It is balanced and detailed in nature, and the Tiger Woods special edition Shadow sounds better than most of the wired headphones out there. In addition, it will also feature a microphone and remote, and will also sport an 8 hour battery life so that one can be ready to play music whenever you want it. It will feature a flexible, soft, natural-fit collar, where Shadow distributes weight evenly as well as adjusts itself to your body movements, in the same manner as that of a pair of eyeglasses or a watch, which means you will not even realize that it is there in the first place.

Not only that, it will also be small and flexible enough to be stashed away in your pocket or a small bag, and has been specially built to endure both sweat and rain. The Shadow is a pair of wireless earphones that will follow you just about anywhere you go. With multi-point connectivity being part of the deal, music lovers will be able to connect up to a pair of devices simultaneously and seamlessly switch from listening to music on a tablet to taking a phone call on a smartphone, without the hassle of connecting and disconnecting.

The Tiger Woods special edition Shadow wireless earphones will retail for $119.99 per pair.