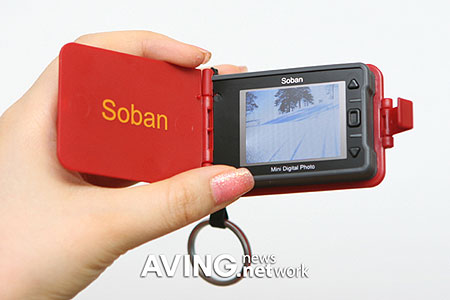 Forget about carrying your family’s photo in a wallet – that’s old hat in this day and age. Soban from Korean company Narae has unveiled a tiny digital photo album that can be hooked up to your bunch of keys for convenience’s sake. A small screen is enough to parade pictures of your entire family across three generations with room to spare for vacation photos as well. The Soban has a memory capacity of up to 7,000 images (presumably reduced to the screen’s native resolution).

Koreans can already pick up the Soban for their use, but there has been no word so far on whether North America will be the recipient of such a device. What do you think of this – a futile gadget, or is it paving the way for better things to come? I personally like this idea, but most of us who have iPods will already store our favorite pics there.