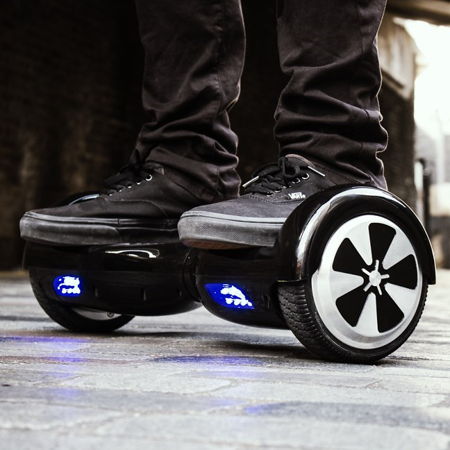 Personal mobility devices have never really managed to catch on, although you can still find it make its way to popular culture films like Mall Cop and its sequel, of course. This does not mean that the personal mobility device segment has run out of ideas – far from it, as there are still new developments out there that deserve to be mentioned. Case in point, the £599.99 Smartrax S5 Airboard.

The Smartrax S5 Airboard will allow you to glide down a hallway effortlessly – and even about town, as though you were some sort of 16th-century ghost who is busy roaming the streets of a modern day city, taking in all of the sights and wonders. Thanks to the kind of gyroscopic technology which is used within, it is capable of responding to the lightest of touches, where it will also come with LED lighting and fob security locking for added peace of mind. After all, it is not as though this bad boy is something that is super cheap and affordable, right? You can more or less call this the refined version of the Segway where design is concerned, and there are foot sensors available to power it on and off, with inflation-free tyres that do away with the possibility of punctures. It can hit a maximum speed of 8mph with a top load of 100kg, and takes an hour to fully charge up, where it can clock up a mileage of 9 to 12 miles on a full charge.