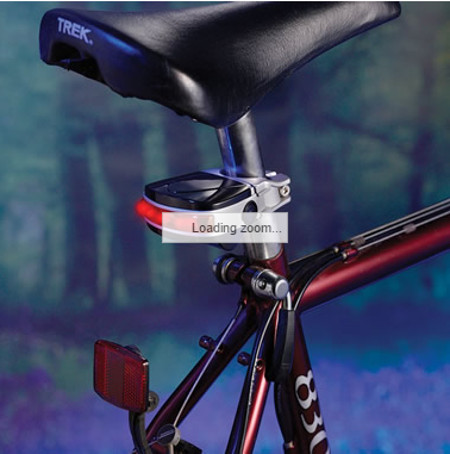 Traveling on a bicycle is the new “in” thing, although one should never take things for granted, but rather, to be sure that he or she has taken all of the necessary precautions before heading out on two wheels to one’s workplace or market area. Having said that, you might also want to make sure your investment is also protected, since some of the more high end bicycles do happen to cost a bomb, and it would be nuts to have a thief cart it away. How about making sure your bicycle is also armed with an alarm, just like your car? The $99.95 Smartphone Alerting Bike Alarm should be able to do the job perfectly well.

The Smartphone Alerting Bike Alarm, as its name suggests, will automatically alert a smartphone user whenever it is stolen. The alarm itself resembles that of a normal bike light when it is attached to the seat post, sporting a built-in motion-sensor that detects movement, where it instantly sends an alert to a smartphone via Bluetooth. With the alarm’s integrated GPS, one can hunt down the bike’s location easily thanks to the free app. Whenever you ride a bike, the alarm’s light can be turned on to alert drivers to your whereabouts, although do take note that the alarm itself is good for notifying a smartphone up to 80′ away only, and remember to keep the battery charged up regularly. Looks like accessorizing your bike just got more fun.