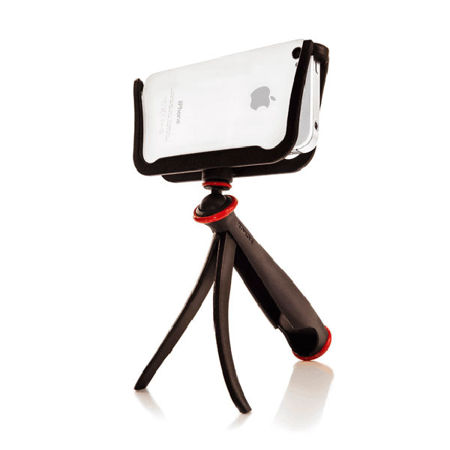 The camera in our smartphones have advanced to a point where there is no longer a need to carry around a dedicated point-and-shoot camera, since it does the job pretty well by itself, and much more in certain models. Having said that, how many of you have not touched your Micro Four Thirds or DSLR shooter in the week, simply because your smartphone camera is so much more convenient? Well, with the $19.99 Slingshot Smartphone Tripod and Stabilizer, you will be able to make far more use of your smartphone camera, where it functions as a universal smartphone tripod and stabilizer, helping make sure that unwanted wiggle in videos or blur in photos are a thing of the past.

Apart from that, the Slingshot Smartphone Tripod and Stabilizer will also arrive with an adapter that will allow other phones to be attached to tripods. It does not matter whether you are walking on the iOS or Android divide, the Slingshot Smartphone Tripod and Stabilizer will be able to turn your once amateurish videos and photos into something that is way more professional looking. The slingshot bit of it will rely on adjustable cables to lock in your phone, allowing it to play nice with majority of devices out there. All you need then is just one hand to hold your phone steady, while the other would operate the controls in a jiffy.