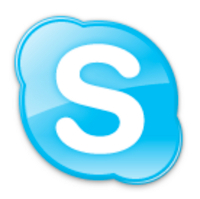 Skype has finally brought to life a feature that many iPhone owners had wished for for a long,long time already – we’re talking about the iPhone being able to make 3G calls. Yes, this new version of its application is available from the Apple App Store, where it enables iPhone users to make as well as receive Skype-to-Skype calls, not to mention to call mobiles and landlines worldwide without breaking the bank using nothing but their 3G data connection. Of course, a lot of the call quality depends on your signal strength as well as the amount of network congestion, but I’m sure that most of us won’t mind sacrificing a little bit of quality to save a whole lot of dollars, right?

Skype-to-Skype calls on 3G will be available for free at the moment during its trial period, although that won’t be the case once 2011 rolls around. Of course, during this period, each call that you make will still be charged by operators accordingly. There will be more information on pricing in the coming months which will be in line with Skype’s commitment to provide customers with additional value. Skype-to-Skype calls over Wi-Fi, however, will still remain free, so you might want to stick to that option if you’re traveling to a city with plenty of Starbucks and McDonald’s outlets around.

Among the new features of the Skype for iPhone application include :-

Bear in mind that this calling functionality is available on iPhone, iPhone 3G, iPhone 3GS and 2nd generation iPod touch onwards, where the iPod touch requires a compatible headset with a microphone. We do wonder how the original iPhone owners are going to rock with it though, since it maxes out at EDGE connectivity.