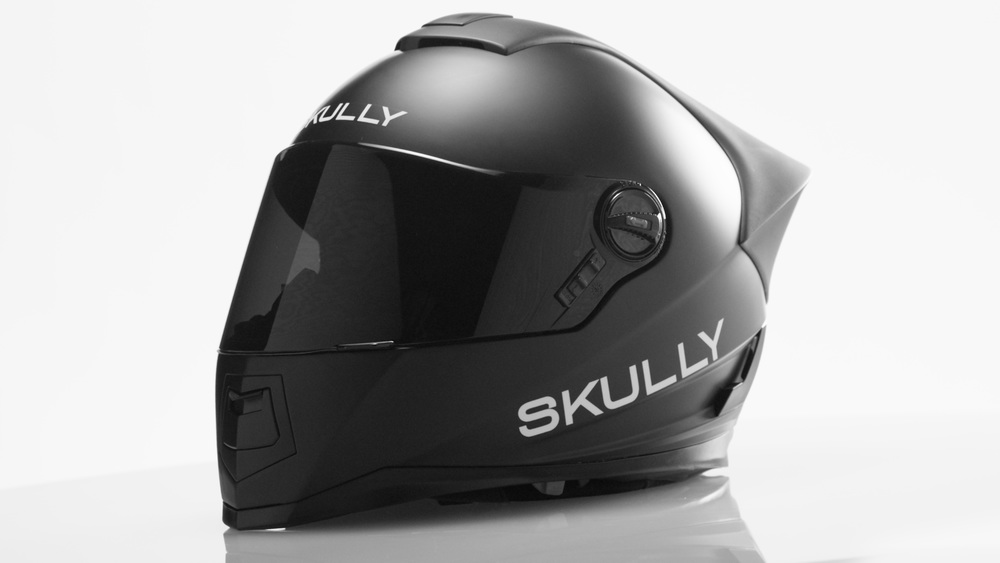 Most of the time, when we talk about augmented reality, the image that is stuck in our minds would be that of scanning a QR code to be led to a special website on a particular handset or tablet, where you can then play a simple game with augmented reality (AR) being part of it. However, things just got a whole lot more serious with the introduction of the Skully, which is the first augmented reality motorcycle helmet in the world.

Known as the Skully AR-1 motorcycle helmet, this particular offering marks the first time a vertically integrated smart HUD helmet has hit the market, where it will be able to show off information at approximately 10 feet in front of the rider, all the while offering a unique close to 180-degree rearview camera, turn-by-turn GPS navigation, smartphone pairing and voice control, which in turn makes this the smartest motorcycle helmet in the world to boot.

First announced some time late last year with over 100,000 beta tester applications signing up, Skully is currently taking pre-orders for the AR-1 helmet on an exclusive basis on Indiegogo. This entire campaign will last for a good 30 days, where it will boast of the Skully AR-1 helmet at an introductory launch price of $1,399. It might sound expensive, but think of the chock full of technology that comes with each purchase. In fact, the entire retail price stands at another $100 more, and there will only be limited quantities available for the expected May 2015 shipping date.

I suppose the Skully AR-1 helmet would go great with the Asoberut augmented reality T-shirt, don’t you think so? Boasting a lightweight, aerodynamic shell, it has been 3D laser-cut where the foam inside is concerned to deliver a perfect fit, and there is also a fully adjustable flow-through ventilation as well as a quick release chin strap and visor for ease of use.