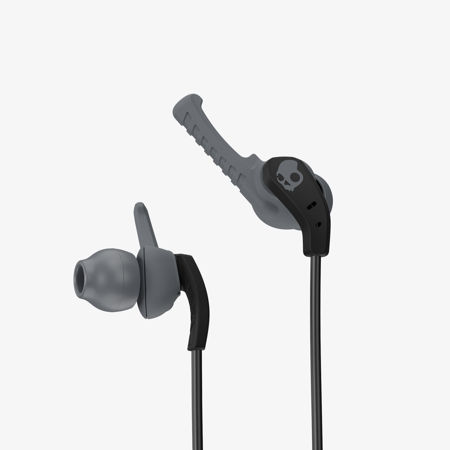 Skullcandy is a name that many of us are familiar with when it comes to trendsetting headphones, where they have even come up with a Women’s headphones and earbuds collection in the past. Having said that, the company does not look as though they are going to relent anytime soon when it comes to the rolling out of new devices, and their Sport Performance range is now on the receiving end of a couple of earbuds – namely the XTfree wireless and XTplyo earbuds (which you can see above) which will target both genders, meaning the men are not left out of the equation this time around.

Skullcandy came up with the innovative XTfree and XTplyo in order to meet the demands of high intensity interval training, which is a common kind of training methodology that is shared across Skullcandy’s diverse roster of athletes. The end result would be products which are more than capable of enhancing even the most intense training sessions thanks to category leading durability, stability and leading audio quality.

It does not matter if you are a weekend warrior who is preparing for your first 10K running race or if you constantly make world records fall like a pack of dominos, the XTfree and XTplyo products have been specially built in order to perform during the high intensity workouts – regardless of whether you are a world beater or not. Should the world class athletes be satisfied with the performance of either, then there really is no reason left for the ordinary man on the street to complain about the hardware that Skullcandy pushes out.

The XTfree will also debut Skullcandy’s MicroSport Tech with Bluetooth functionality, where it tips the scales at less than 16 grams, making it one of the lowest profile and lightest earbuds in the market. These high-performance wireless sport earbuds will also feature an OnBoard microphone and remote which enables the user to take calls, adjust volume and control their music while working out, sporting a half dozen hours’ worth of battery life to boot.

The $99.99 XTfree is Skullcandy’s lightest and most secure wireless sport earbuds, while the $49.99 XTplyo earbuds deliver a secure and sweat resistant fit that can survive your most intense workouts.