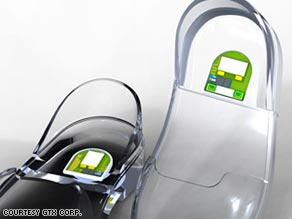 I realize that this headline might trigger surveillance society fears in some of our readers, but this article isn’t about putting GPS trackers in everyone’s footwear. No, putting a GPS in someone’s shoes is only a way to keep tabs on those who need it.

GTX Corporation and the shoe company Aetrex originally developed this technology to track elderly patients who have Alzheimer’s.

For those who do not know about Alzheimer’s, it is a condition (not a disease, even though it is often referred to as one) that involves both short and long term memory loss. Sometimes the victim is really lost in his or her own world of the past, and doesn’t realize he or she is very much in the present. In short, a victim can be as helpless as a wandering infant. I’m sure some of you have older relatives who have been afflicted with this.

With these GPS shoes, doctors and relatives can track the patient before he or she wanders too far, and get them back home before something bad happens.

The plan is to release these GPS shoes sometime before 2010, and it should retail somewhere in between $200 and $300. An additional $20 monthly fee will be tacked on for those who want to receive alerts should their Alzheimer’s patient leave his or her designated area.