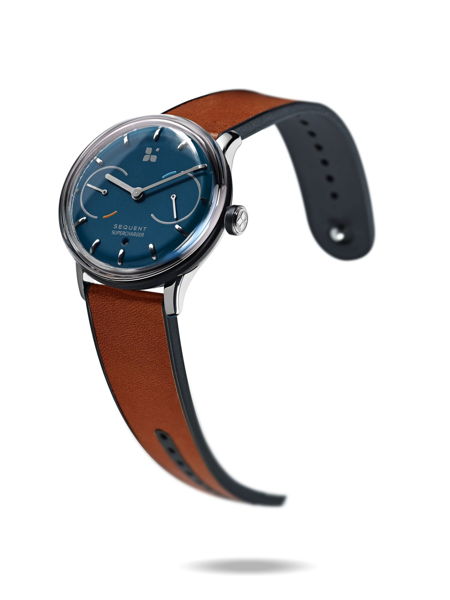 When it comes to smart watches, most of the time we would think of the Apple Watch. After all, it is the marketing juggernaut from Cupertino that has pushed smart watches into mainstream consciousness, and while Apple continues to maintain a level of secrecy over the sales numbers of their Apple Watch, other industry players such as Huawei have also jumped aboard the bandwagon. However, there are other players that are in the smart watch market as well, and Sequent is one interesting proposition for those who intend to get their feet wet without wanting to commit a whole wad of cash upfront. What makes the Sequent smart watch so special?

For starters, the Sequent smart watch is touted to be the first kinetic self-charging timepiece in the whole world from the smart watch range. In other words, there is no need for battery power to keep this thing chugging, which does away with the need to tote around an additional charger whenever you travel, and neither do you need to hunt down those pesky cell button batteries from time to time. As long as the Sequent smart watch is able to detect a level of movement, it should be able to generate enough juice to keep it chugging along just fine.

This revolutionary “SuperCharger” hybrid smart watch boasts of a major breakthrough in technology, where it claims to be able to deliver infinite power supply. Apart from that, being a smart watch it will arrive with a slew of integrated sensors, from a heart rate sensor for fitness buffs, to GPS tracking and a notification system, all of which are connected via Bluetooth 4.0 to your smartphone using its proprietary Biofeedback health & sport app. The asking price for the Sequent smart watch stands at $149 apiece, which makes it highly affordable but bear in mind that it does not have the kind of apps ecosystem that Android Wear and WatchOS have.