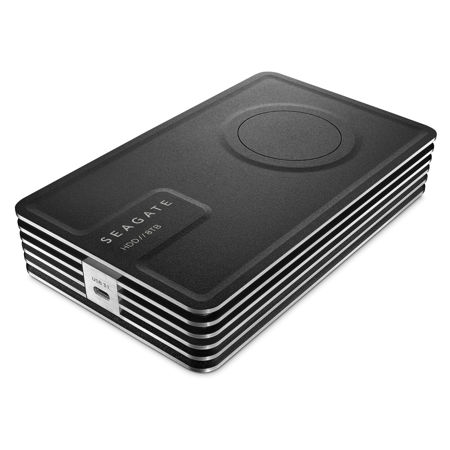 When it comes to modern day storage options, there are many different kinds of ways in which one will be able to approach the situation. For instance, if you would like something really small and portable, your smartphone with a microSD memory card should be able to to do the trick, but for those of us who happen to hoard a whole lot of videos and photos, then surely a microSD memory card is insufficient, and neither will SSDs, but rather, a solid hard drive with plenty of storage should be able to do the trick. Seagate’s latest innovation to assist us in such a matter? The Seagate Innov8.

What makes the Seagate Inno8 so special? It happens to be the first USB-powered desktop hard drive in the world, where it will boast of innovation from the inside out with its industry-leading 8TB capacity, trend-setting Ignition Boost Technology and expressive design.

Thanks to the kind of advancements seen in USB 3.1 technology, major manufacturers such as Apple are starting to rely on one connection-type for everything, and the introduction of Seagate’s new Ignition Boost Technology, would make Innov8 the world’s first 8TB desktop hard drive which will not require it to be plugged into a power outlet. It works in a similar manner to that of a standard car which requires a battery kick to start the engine, as Ignition Boost together with USB 3.1 would allow the Innov8 to thrive off bus power without the need for a dedicated power source or adapter.

The Seagate Innov8 boasts of a premium, well-balanced aluminum enclosure and design which allows users to horizontally or vertically place it on the desktop accordingly. It will also come with Seagate Dashboard software, which will allow users to enjoy one-click on-demand or customizable, scheduled backups for their devices. Expect the Seagate Innov8 to arrive this April for $349 a pop.