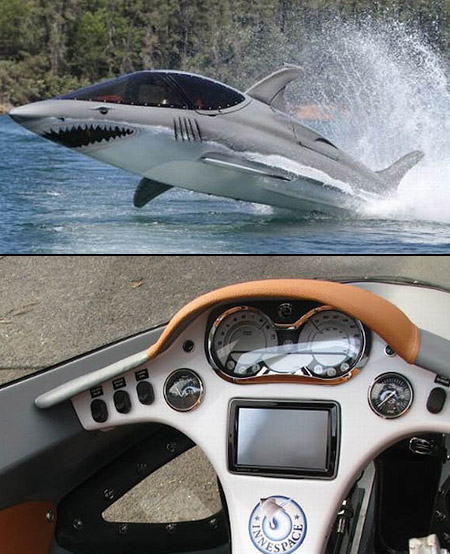 Seems like I’m always covering the mini-subs here on this site, and this is the latest, the Seabreacher X.

You should watch the video after the jump, especially to see the way that it can surface and dive like a real shark. It is definitely better effects than the original Jaws.

Speaking of Jaws, the exhaust system of the Seabreacher X is such that when the shark-shaped submarine jumps after the water, it has a throaty growl. I’m pretty sure that real sharks don’t do this roaring, but it I guess it does create a sense of drama. Heck, if I was on the beach and I saw the Seabreacher X skimming along the waters, I would completely Roy Scheider the whole swimming area. Just watch Jaws if you don’t get that reference.

The boat has a 260hp supercharged engine, which can fly across the surface of the water at 50 miles per hour and underwater at 25 miles an hour. I wouldn’t mind getting in this shark-mobile and having some fun.