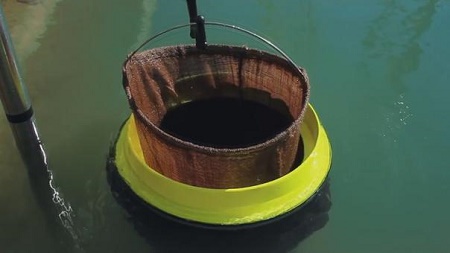 It’s always a bit hypocritical of us to look at someone else’s life and judge them for not being more Eco-friendly. Very few of us are really going all out to try and make the environment better since we’re still throwing a million plastic containers away, driving gas-powered cars, and not recycling literally everything. It would take years and a concerted effort from every living human on the planet to start undoing what the human race has done.

While that’s definitely not going to happen, there are little ways to slowly start chomping away at pollution. It may not change the world, but the Seabin could at least help a little bit. The oceans are filled with trash, oil, and debris which should never be there. This device is like a garbage bin that will suck in trash and oil (if you get the fancier version), and you only need to dispose of it correctly from there. These are meant for marinas, yacht clubs, and ports to help remove some of garbage that regularly gets thrown into the water.

These are much smaller than the boats that drive around harbors to scoop trash, and are much less expensive to install and keep around. The water pump runs off of electricity, costing around $20 a month, and will bring all floating trash and debris into the bin where it is caught in a natural fiber bag. The water then gets sucked out of the bottom and up to the pump where it returns to the rest of the marina. While this isn’t meant for every Joe Schmoe since not everyone would be able to install these willy-nilly, the campaign price for one is $3,825 for this device. It’s not going to save the world, but it’ll help.

Available for crowdfunding on indiegogo