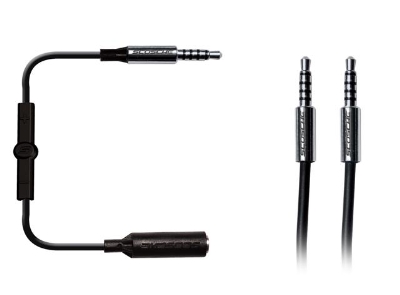 If you’ve read up on the new Shuffle at all, then you’ve probably heard the bad news.  They removed all of the buttons from the shuffle itself and put them on the earbuds.  That makes it so that you can only wear Apple’s earbuds.  That’s not good news, since not everyone’s ear is shaped the same and some of us have expensive earbuds we prefer to use.  There have been a couple vendors create a pair of earbuds specifically for the shuffle, but they’re expensive and likely you already have earbuds you prefer.  Well now Scosche has created a solution.

Their adapater will allow for you to plug any set of earbuds into your shuffle.  It also makes it so that you can plug your shuffle into an aux input.  All around making the new Shuffle a lot more usable than many of us had predicted it would be.  Sadly there isn’t a ton of info on the adapter just yet, since it is such a new product.  However, hopefully soon they will start releasing when these will become available and how much they will cost you.