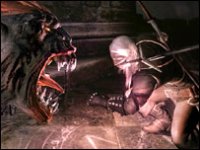 Any PC gamer worth his/her salt knows that a powerful graphics card makes a whole world of difference when it comes to the amount of realism and fun one can have thanks to the power of today’s ultra-capable graphics cards. Thankfully, this realization is not lost on research scientists who have started to learn how to harness the power of similar graphics cards in order to use them as a (much) more affordable source of supercomputer-class processing power since they provide a phenomenal bang for the proverbial buck. In addition, graphics card were constructed and engineered in a way where they were fantastic at repetitive computational tasks which are used by many a scientist to test theories, models and predictions.

To date, Professor Susan Hagness from the Department of Electrical and Computer Engineering at the University of Wisconsin-Madison has turned her attention to such graphics cards in order to perform quick analysis of breast scans when attempting to spot cancer in its early stages. According to her, official figures show that x-rays more often than not missed up to 20% of the cancers that were present during a screening, and this is where such graphics cards will be able to step in by offering a more robust tool when trying to look for life-threatening cancer in a person. Her entire team has cobbled together several graphics cards into a mini computational cluster, whereby this dedicated hardware enables results to emerge in a matter of hours instead of waiting for days.

Not only are graphics cards great in the medical industry, it is also used to perform financial modeling as it excels in doing the same thing many different times, as opposed to regular desktop processors that perform different tasks simultaneously. What are some of the other practical uses you can think of with your beloved GeForce 8800GTX that will be able to benefit mankind?