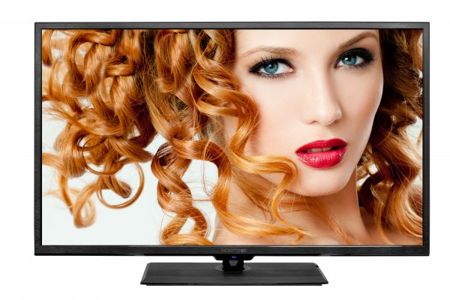 When it comes to churning out HDTVs that are not only affordable, but also capable of delivering decent visual quality, there is one particular name that you can more or less rely on – and that would be Sceptre. In fact, Sceptre has just announced a couple of large screen HDTVs that will hit the market, where one of them happens to be a 48” HDTV, while the other would sport 55” of viewing goodness. Regardless of which particular model that you choose from, either one will work with a good universal remote and come equipped with MHL and SRS TruSurround HD technology – which means that Sceptre intends to deliver a balanced combination of technology, long term energy savings and affordability in their latest offerings.

The latest HDTVs will boast of MHL, which happens to be a kind of technology that would enable consumers to display their smartphone’s content to a larger screen, all the while ensuring that the device continues to charge its battery. Not only that, MHL technology will also be able to turn any regular smartphone into that of a live streaming device when it comes to the likes of music, movies, and photos. The 48” and 55” units happen to be ROKU ready as well (so you don’t even need an android streaming box), in addition to sporting SRS TruSurround HD capability. The latter is a kind of technology that delivers enveloping, immersive surround sound, making sure that every single seat in the room will be an audio sweet spot, leaving nobody out in the process.

These two HDTVs happen to come with an LED backlight life that has been rated at over 50,000 hours – which translates to more than 17 years of usage if you happen to spend at least 8 hours a day on it. Of course, even if you leave it on for 16 hours per day, taking into consideration the different family members’ viewing times and usage, that would mean being able to last for 8.5 years, which is plenty of time since by then you would most probably have made a new purchase.

Other hardware specifications include a trio of HDMI ports, a USB port, and a superb LED panel with crystal clear 1920×1080 widescreen 1080p resolution.