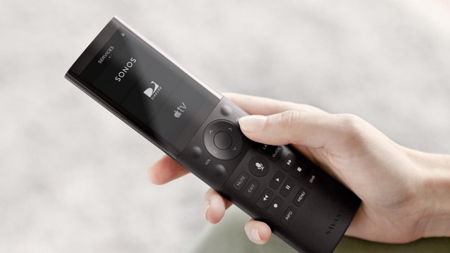 We are all creatures who would love to have a little bit of comfort here and there – it really makes sense, as who does not want to end up living it up in a luxurious home that would make its way into a TV show like MTV Cribs? Well, if you are flush with cash, or simply feel that it is about time you made the step to elevate yourself to the next level on the social ladder, then perhaps you might want to look at how your remote control would resemble in the living room. No ordinary remote control is going to do, as you now have the option of picking up the Savant Remote that offers a simple setup via Savant Instant, allowing homeowners to begin enjoying all their entertainment in a matter of minutes.

The Savant Remote would merge the convenience of a universal remote with the power of home automation, where it simplifies the entertainment experience for consumers, letting them control devices such as Sonos, Apple TV, cable boxes, Roku, and even their lights, all directly from a single device. This particular device is said to offer consumers an unmatched interactive experience, where one is able to control more than 380,000 of today’s most popular entertainment devices as well as switch easily between their favorites.

The presence of a high-resolution touchscreen would do away with the need for additional buttons as it elevates additional controls as and when necessary. Control would happen as though by magic sans wires thanks to Bluetooth and Wi-Fi without the need for any line of sight between the Remote and your entertainment system.

Not only that, homeowners will also be able to make use of the Savant Remote in order to control their lights with the new Savant Lamp Control, resulting in an instant ambiance in any room with a tap. Personalized profiles are there to ensure that every family member can maintain their own remote experience, sporting all their favorite channels and scenes that are but a tap or voice command away. Expect the Savant Remote to arrive in time for the holidays this coming September.