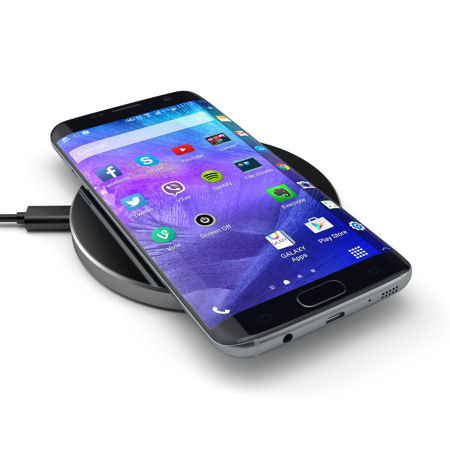 When it comes to charging up your mobile devices, most of us would find it rather tiresome after a while to figure out just which particular charger is meant for which specific device. After all, there are different voltages and colors, but most of the time, we tend to fall back on the humble microUSB port charger and its cable to get the job done where smartphones and tablets as well as car DVRs are concerned. Having said that, the advancement of wireless technology is not all that far away, although the idea is certainly plodding on a whole lot slower than its advocates would like. Qi wireless charging technology has been around for some time, and Satechi intends to make it sexy and convenient with the introduction of its Satechi Wireless Charging Pad.

The Satechi Wireless Charging Pad is a The sleek and premium Wireless Charging Pad made out of aluminum on the outside, where it will open up the door for users to power up Qi-enabled fast-charge compatible devices, and these will include (but are not limited to) the likes of the Nexus, Samsung Galaxy, Note, LG and HTC smartphones. Not only that, Satechi claims that its Wireless Charging Pad will be able to charge up to 1.4x faster compared to standard wireless charging pads, now how about that for efficiency?