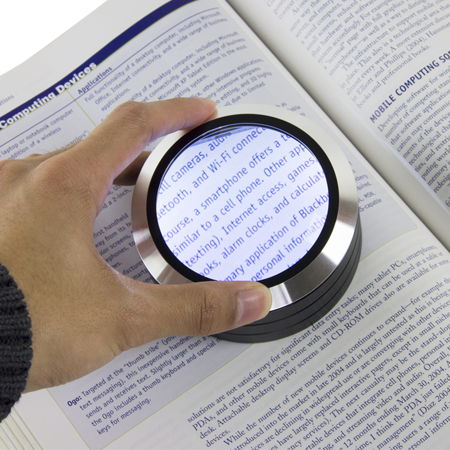 The law of entropy is at work every single day, where all you need to do is to take a close look at the mirror and over the years, you will realize that you are not getting any younger. Stuff like crow’s feet start to make an appearance at the edges of your eyes, while eyebags become more pronounced, and your belly begins to grow in size despite your best efforts on the treadmill. Eventually for some of us, our eyesight starts to fail, as everything around us ends up in a haze until we wear prescription glasses. Why not have something as cool as the Satechi ReadMate LED Desktop Magnifier to help you during your reading sessions instead of a pair of glasses?

The Satechi ReadMate LED Desktop Magnifier might even look as though it is some sort of failed arc reactor of Tony Stark’s, where it will offer extra assistance when it comes to reading fine print, books and newspapers, and viewing photos, among others. This particular device is capable of offering 5 times more magnification, where there will also be a trio of LED lights which are capable of providing bright light for thorough inspection of text or objects.

How do you make use of the compact ReadMate LED Desktop Magnifier? It can be used across a flat surface with one hand, or you can opt to hold it up to a particular object for closer observation. All that you need to do would be to press down on the device and it will turn itself off or on – the LED lights, that is. In addition, there is also another separate on/off switch which will help prevent users from accidentally turning on the lights when not in use, going some way to conserving battery life in the long run.