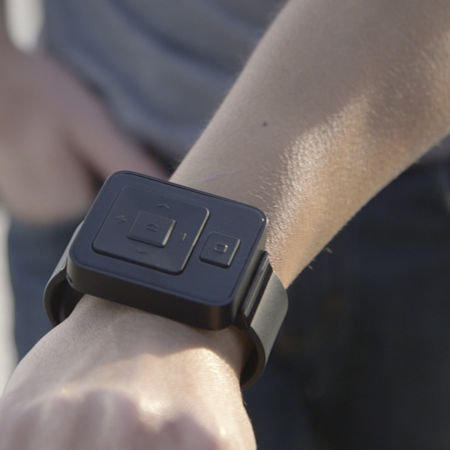 The GoRemote Bluetooth 4.0 waterproof remote control from Satechi might not exactly be a common smartphone accessory out there, simply because it isn’t. Regardless, it does seem to shape up to be one of the more perfect accessories for iOS users who are on the go, coming in a convenient and compact form factor, which is available for pre-order on Kickstarter. This means it requires the help of the masses in order to raise the necessary amount of funds before it is realized on a production line somewhere.

Just what kind of functions does the Satechi GoRemote Bluetooth 4.0 waterproof remote control deliver? For starters, users are able to control audio and video content, make an adjustment to the volume, control the camera shutter, as well as activate Siri from distances of up to 33 feet away with but a simple touch of a button.

Not only that, it has been IPX67 rated, allowing you to place the GoRemote on a wristband or mounting bracket for the added level of convenience. The wristband and bracket themselves will offer users the freedom to control any iOS device as they exercise, indulge in some sports, ride a bike, raise the adrenaline levels via snowboarding, or simply chill out at the beach and pool. Apart from that, it can also be conveniently attached to a steering wheel so that it can control just about any iOS device in a snap without requiring you to shift your visual attention away from the road.