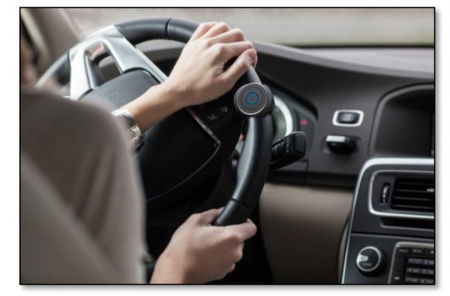 Who would have thought that Bluetooth technology would last until today, where it is right now in the 4.0 iteration amongst the most current gadgets? Well, going wireless does seem to be the right direction for many a device, and until now, most of the time where we see Bluetooth technology applied would be to send music from a device to a speaker sans any kind of pesky wires that tend to get all tangled up in a mess, not to mention being a haven for dust bunnies to procreate. The Death Star Bluetooth Speaker is a pretty cute example, but with Windows 10 launched just last week, do expect Bluetooth technology to play a bigger role. Satechi themselves are up to the task with their recently announced BT Cortana Button. Just what is the Satechi BT Cortana Button all about? Read on after the jump to find out more.

For starters, the BT Cortana Button is a palm-sized device that has been touted to be the ideal solution for those who want to access their Windows smartphone or computer remotely. This tiny device will enable users to access Windows’ new virtual personal assistant, Cortana, in order to schedule meetings, as well as check up on the weather, or perhaps to send text messages, among others, all the while ensuring that this is done in a hands-free environment.

In other words, there is no more need for users to turn on the “Hey Cortana” feature, where it will actively listen to the environment – which directly results in a far faster drained battery, as users can now have the option to make use of the BT Cortana Button in order to conserve battery life and remain hands-free.

You can bring your BT Cortana Button about with you on your keychain, hang it by the steering wheel, or in other convenient place. It comes with a 3M sticker and a mount that allows you to easily attach it to a steering wheel or bicycle handlebars so that you can access smartphone functions while keeping eyes on the road. The BT Cortana Button will be out later this month for $22.99 a pop.