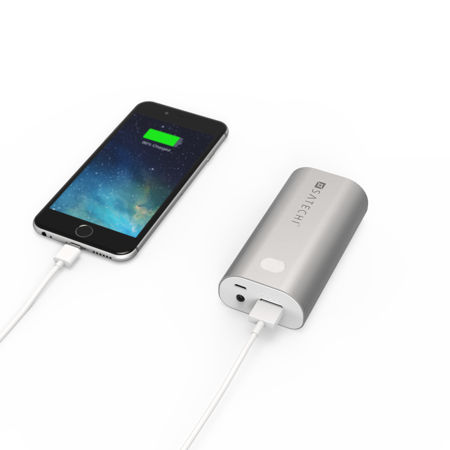 If there is one thing that you hate about modern day devices, it would be this – they might have a slew of features, which you don’t even use many of them, but the thing is, battery life on your smartphone and tablet does seem to drain a whole lot faster than the old school models like the Nokia 3310, which could more or less last you throughout all five working days before requiring a recharge. Granted, there were no built-in MP3 playback or video playback capability, and neither was there GPS support or Internet connectivity on the phone back then. Still, Satechi has something to say about the situation with their new Satechi SX5, SX10 and SX20 Aluminum Portable Energy Stations.

These portable energy stations, as their names suggest, would come in a lovely aluminum exterior, and they do just one thing, and do it well – that is, to ensure that your myriad of USB devices will remain juiced up anytime, anywhere. It does not matter if your device is a smartphone, a tablet, a camera, a GPS tool, or even a portable media player, all three of them pack quite a punch to deliver as much portable juice as possible, and making them essentials if you were to head out to the great outdoors.

As for the SX5 (5,000mAh) Aluminum Portable Energy Station, it comes with a sole 1A charging port to provide power for a variety of devices, whereas the SX10 boasts of 10,000mAh of power with a couple of 1A and one 2.4A to charge up to three devices simultaneously. Last but not least, there is 20,000mAh of juicing power from the the SX20, as that model sports a pair of 1A ports and an equal number of 2.4A USB charging ports, letting you juice up to a quartet of devices simultaneously.