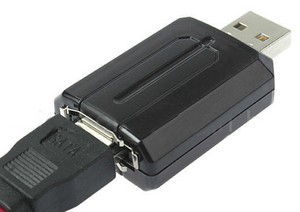 Back when I used to work on computers for a living I always kept an IDE to USB converter in my tool kit. It was smaller than an external enclosure, and came in handy on many occasions, since no one ever makes backups of their data. These days and adapter like that is still handy, but many newer computers are going to have SATA drives, rather than IDE, so another adapter is required. That’s where this simple USB to eSATA Adapter comes in.

The adapter is about as basic as you’d like. You’ll simply run a SATA cable from your hard drive to the adapter, and plug it into an available USB port. This will work for any SATA or eSATA drive, including hard drives and optical drives. You’ll also get a power adapter for the drive, as you’ve got to get power to it somehow.

The $25 price makes this a perfect fit for anyone’s tool kit. I’ll probably pick one up myself, since none of my family knows how to backup their data either.