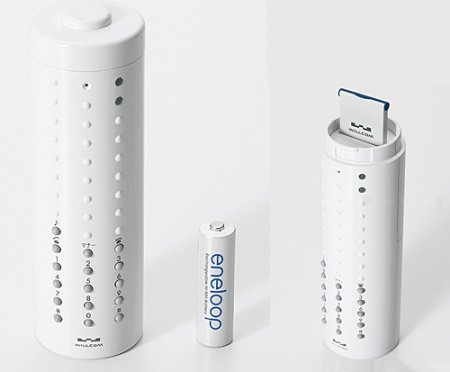 While you might scoff at the idea of a battery-powered cellphone (aren’t they all anyway), Sanyo’s prototype is different since it uses a single AA Sanyo Eneloop battery instead. It eschews the traditional candybar format in favor of a cylindrical cannister design, sporting braille-like keys. Since an AA battery can’t do much, features such as an LCD display, SMS, 3G connectivity, camera, and even MP3 playback has been removed, making this a purely conversation-only handset. This Sanyo cellphone will run only on Willcom’s PHS network in Japan so those residing elsewhere are out of luck.