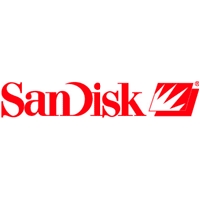 Worms aren’t exactly positive stuff when it comes to the world of computing, but SanDisk has decided to name its latest SD card as the SD WORM card. The main reason behind the acronym? WORM stands for Write Once Read Many, and will target professional uses including police investigations, court testimony, electronic voting and other applications where it is imperative that data files must be protected from alteration or deletion at all costs. After all, it is much easier to modify analog recording media such as film and audio tape (which are going the way of the dodo by the way, if they haven’t yet done so already), leading to a rise in demand for a suitable solution where digital devices are concerned. Unfortunately, standard rewritable memory cards do not live up to legal requirements to prevent data tampering, hence the need for the SanDisk SD WORM card.

According to SanDisk, any digital data written to SanDisk SD WORM cards are effectively locked the moment it is recorded; leaving absolutely no physical way to alter or delete individual recorded files. Good thing you don’t need another card adapter to read this since any conventional SD memory card reader is able to do the job. SanDisk SD WORM cards also come with a 100-year archive life under appropriate storage conditions, of course. Some of the more interesting applications for the SanDisk SD WORM card include :-

SanDisk SD WORM cards are readily available in 128MB capacity, although it is widely expected that the paltry amount of storage space will be increased in due time.