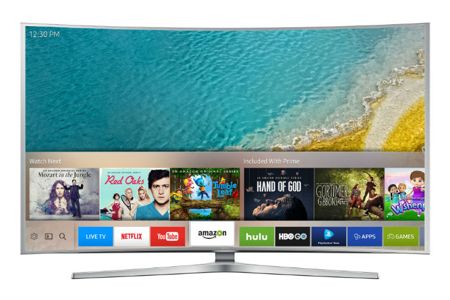 Ah, Samsung. The South Korean conglomerate has certainly done their part in bombarding the world with their fair share of consumer electronics devices and appliances over the years, so much so that many of us are numb to new stuff that’s coming up. Four years back, Samsung did introduce a Smart TV that allowed you to play Angry Birds on it (remember that mobile game that took the world by storm?), and now here we are with many different models of Smart TVs released since then – except that Samsung has decided to make sure that the overall user experience gets a nice upgrade along the way.

CES 2016 will see Samsung Electronics unveil a new Samsung Smart TV user experience with the refreshed ‘Smart Hub’ user interface alongside a new Samsung Smart Control remote. These Smart TV enhancements ensure that consumers will be able to gain easy access to all their favorite content, all in the convenience of a single place and with a solitary remote control.

The new Smart Hub interface would make a celebrated move away from multiple content sources and devices, shifting to a single integrated content and services platform. Consumers can now switch seamlessly between linear content, OTT content as well as other connected devices, and this includes video game consoles or Blu-ray players. It would be a snap for consumers to search through popular titles to discover what they want to watch or play, and it drops any barriers between sources and devices connected to a TV.

As for the Samsung Smart Control remote, this particular device will double up as a single control unit for nearly all devices connected to a Samsung Smart TV, which in turn does away with the need for multiple remote controls. Based upon the Tizen platform, the new Smart Control remote delivers quicker and more streamlined access to entertainment courtesy of its automatic source recognition. It is fully capable of recognizing set-top-boxes, OTT boxes, Blu-ray players, game consoles as well as other connected devices immediately. If you haven’t gotten yourself a modern Samsung Smart TV, what are you waiting for?